The State of Venture Capital Markets in Europe

Although roughly 3,000 start-ups throughout Europe receive funds from venture capitalists and that number is expected to rise this year at a slow and steady pace, the U.S. market is still significantly higher. Currently, it is Germany, France and the United Kingdom that are dominating the market. Combined, the three powerhouses make up for half of the venture capital deals made throughout all of Europe. END_OF_DOCUMENT_TOKEN_TO_BE_REPLACED 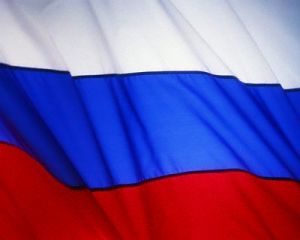 Venture Capital in the Central Asia group is mainly designed to share knowledge and opinion about this area of finance. Major concentration of VC is given to the developments of this area in Central Asia, especially in Uzbekistan. Venture capitalists, like Efraim Landa, business angels and private equity investors all around the world seeking opportunities in Central Asia are welcome.  VC activity in the Russian market really took off after Russia’s default on sovereign debt in 1998 and has accelerated ever since. With this, we’ve seen more attention from leading western venture capital firms as well who have created a number of investment funds, incubators and angel networks focused on the Russian market. In the recent past, specifically since 2006, the Russian government has been creating infrastructure for venture capital investments in Russia and has also launched a state program focused on establishing public-private partnerships in the innovation sector managed by a number of leading venture capital firms.  END_OF_DOCUMENT_TOKEN_TO_BE_REPLACED

When a venture capitalist firm such as Effi Enterprises invests funds in a business it is for the sole purpose of helping the business grow until it is profitable. A venture capitalist such as Efraim Landa invests capital and expertise in a company which has great potential for growth and when it has reached the goals set forth, the VC firm as well as the company will realize a substantial return on their investments. This type of funding occurs all over the world with much the same results. Sure it is a risky business to be in but Efraim Landa understands the work and funding that it takes to make a business become successful and takes the risks necessary to see the company succeed. END_OF_DOCUMENT_TOKEN_TO_BE_REPLACED